Soon a tax deduction for adopting a pet? 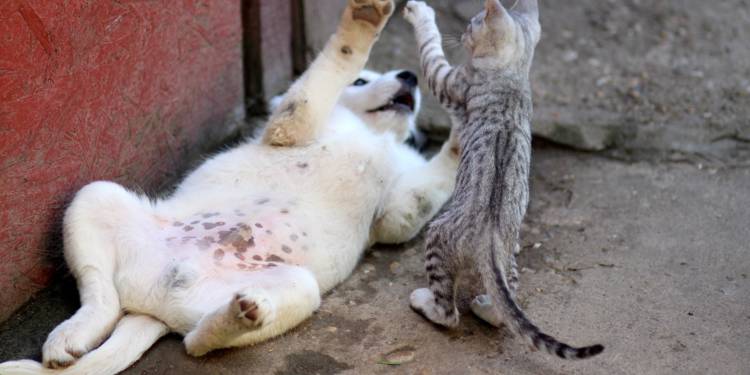 UDI MP Béatrice Descamps drafted a bill, co-signed by 57 deputies from all sides, to further punish the abandonment of domestic animals. And especially to develop adoption through a tax deduction. The text could be debated in December.

“In France, on average 12 pets are abandoned per hour. That represents 100,000 animals per year, 60,000 of them for the summer period alone. “These are the shock figures put forward in the bill by UDI deputy Béatrice Descamps, but also by 57 other deputies, including Marine Le Pen (RN). Valérie Boyer (LR), Jean Christophe Lagarde (president of the UDI) or Stéphane Le Foll (PS) They tabled on May 30 a text to “strengthen the fight against the abandonment of domestic animals”. The bill, which should be examined in December hopes Beatrice Descamps, plans to hit the portfolio masters abandoning their animals. And especially to encourage adoption by a tax abatement system. The Society for the Protection of Animals (APS) sounded the alarm in early August. According to her, never so many animals have been abandoned in France this summer.

The signatories first recall that at present, abandonment and cruelty to animals are both punishable by two years in prison and a fine of 30,000 euros. The idea of ​​the text is first to curb these excesses by doubling the penalty, increasing it to four years in prison and 60,000 euros fine. The parliamentarians further propose that an “aggravating circumstance” be created. The latter would depend on how the animal is abandoned. If the animal is old, abandoned in open country, in a cage, exposed to cold or heat, the owner could be sentenced to 10 years imprisonment and 80,000 euros fine. MEPs hope to steer the drop-out to animal welfare associations and avoid low-traffic places.

Above all, the bill provides for incentive provisions. A tax abatement could be granted to people who have adopted a dog or a cat. It would be calculated according to “the expenses incurred each year to take care of it” like the veterinarian, grooming, food, anti-flea collars etc. Or 800 euros per year (67 euros per month) for a dog and per household tax and 600 euros (50 euros per month) for a cat.More: if the animal is adopted in a shelter or directly in the street, the abatement would then go to 1,500 euros for a dog and 1,300 euros for a cat.

There remains the question of financing the measure. MEPs propose that it be supported by the creation of an additional tax on sweetened beverages, also known as “soda tax”. “Thus, the funding of these measures to move towards greater protection for animals is, in parallel, fully in the public health policies of the government,” says Beatrice Descamps Capital, without specifying the amount of the new tax . There is already a “soda tax” passed in 2013. Aimed at limiting the consumption of sweetened beverages, it was set at 7.53 euros per hectolitre for all drinks containing a quantity – even minimal – of added sugars. It has since been modified in the 2018 budget of the Social Security. It is now triggered from 1 gram of sugar per 100 milliliters and progresses to about twenty euros per hectolitre for a product exceeding 11 grams of added sugar per 100 milliliters. MEPs therefore wish to increase the tax burden again to set up this tax abatement.